Family-Business Owners, Beware: The Oldest Perhaps Should Not Be First...

Reaching For Yield As a Way to Mitigate the Diabolic Loop Puzzle in the Monetary Union... 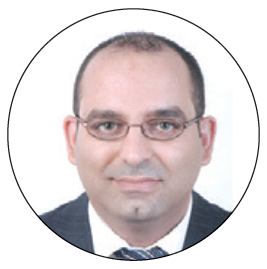 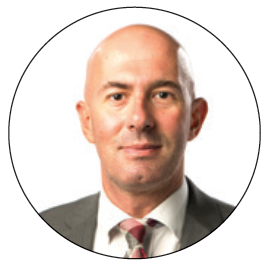 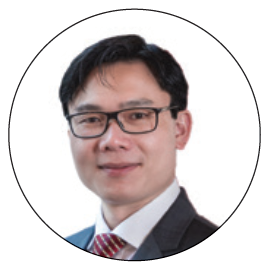 Soon after it appeared, the housing-market collapse in the United States in 2007 was rapidly routed into a widespread international banking crisis and global anxiety about excess leverage, debt repayment and overall credit conditions. Subject to contagious effects and risk spillovers, financial markets around the world then entered into a global financial crisis during 2008-09, which caused high market volatility, uncertainty and serious economic recessions.

Greece and Ireland in 2010, for example, each ran unprecedented peace-time deficits, reaching 15.8 percent and 32 percent of gross domestic product (GDP), respectively. The Irish government bailed out its local banks and nationalized banks’ losses. Both countries were forced to ask for financial support from the International Monetary Fund (IMF) and the EU in May and November 2010, respectively. Despite an unprecedented rise in its borrowing rates (for example, close to 30 percent on 10-year government bonds by the end of 2011), the Greek government had to allocate billions of euros in state guarantees and recapitalization of its banks.

In the Irish case, a government that had previously had one of the lowest debt-to-GDP ratios in the eurozone suffered a withdrawal of funding as markets became concerned about its debt-repayment ability and the subsequent contingent liabilities involved in bailing out its insolvent banking system.

The rise in sovereign credit risk is costly for the economy. In their research article, Gennaioli, Martin and Rossi (2014) develop theoretical arguments to show that government defaults destroy the balance sheets of domestic banks due to their large sovereign exposures. Their model suggests that domestic banks hold sovereign bonds to “store liquidity for financing future investments”, whereas government defaults create liquidity shortages for these domestic banks, thus reducing credit, investment and output. In this scheme of things, governments face a trade-off when deciding whether or not to default. Banks in countries with better financial institutions are certainly more vulnerable to sovereign defaults because they can have a high level of leverage. Banking losses due to sovereign bond holdings may force governments to support and bailout banks, further increasing the levels of public debt and public deficit.

The above-mentioned vicious circle of banks hurting sovereigns and, in turn, sovereigns hurting banks is called the “sovereign-bank diabolic loop” puzzle or the “deadly embrace”. This two-way feedback between sovereign and banking sectors was a key feature of the European public debt crisis in which the sustainability of the public debt in many eurozone countries was at stake. The study by Acharya, Drechsler and Schnabl (2014) was the first to find empirical evidence of a sovereign-bank loop using credit default swap (CDS) rates on European sovereigns and banks. Their sample data covered all countries in the eurozone as well as Denmark, Great Britain, Norway, Sweden and Switzerland. As a policy response to the diabolic loop, countries have generally followed a tight fiscal policy (austerity measure) to stimulate growth. However, this policy has unexpectedly caused either a contraction in output or, at best, an anemic economic recovery.

Rarely has an economic concept faced such opprobrium as the diabolic loop puzzle has, from researchers and central bankers to the political establishment and the European Commission (EC), providing a major impetus for the creation of the European banking union.

It is—or at least it was until the financial crisis—common practice for banks to manage their liquidity by holding domestic sovereign bonds. While several researchers and policymakers investigated this topic, there was only one possible solution to this puzzle: a theoretical model, proposed by Fahri and Tirole (2018), in which local banks do not hold local sovereign debt because it is risky but instead invest in foreign sovereign debt, which is treated as risk-free. Yet, this solution is difficult to apply in real-world banking, given that it is questionable whether there is any risk-free sovereign debt.

In our new research, we propose a solution to the diabolic loop puzzle: international spillovers generated by loose monetary policy in the United States have an important effect on European economies through the “reaching-for-yield” phenomenon transmitted via the portfolio-rebalancing channel. Our rationale relies on the theory that the incentives for banks to invest in riskier assets and to achieve higher yields increase significantly in a low-interest-rate environment with greater access to abundant liquidity. A macro-financial model, which uses the theoretical framework of Acharya and Naqvi (2019), is thus introduced to allow foreign banks to optimize their portfolios by increasing their investments in riskier assets, such as European sovereign assets, which have high default risks and yields. This, in turn, provides liquidity to the local banking system and mitigates the diabolic loop effect in the monetary union.

Considering a sample of four eurozone countries (France, Germany, Italy and Spain), our model finds strong support in real-world data and developments. At first sight, the loose monetary policy followed by the US Federal Reserve System (the Fed) affected domestic US assets and resulted in rebalancing towards non-US assets—and, in particular, into European assets through an increase in banks’ risk-taking incentives. We empirically show that the expansion of the Fed’s balance sheet through quantitative easing, which aims at decreasing the cost of borrowing (for example, government bond rates) and the cost of credit (for example, sovereign risk via credit default swaps), reduces Treasury yields. This condition of low expected return contributes to a rebalancing of investment flows towards non-US assets.

An increase in flows towards European high-yield assets (high-yield corporate bonds, low-yield corporate bonds, low-capitalization equities and high-income equities funds) is also found when analyzing the effects of the accommodative monetary policy on US mutual funds’ inflows and outflows. This evidence can ultimately be attributed to the “reaching for yield” incentive that works through the so-called portfolio channel. Note that monetary-policy shocks are proxied by the surprises in the current month’s federal funds futures rate and in the three-month federal funds futures rate.

More importantly, when European governments adopt fiscal stimulus, the aforementioned portfolio-flow channel significantly reduces both the borrowing cost and the sovereign risk for all four European countries as well as improves the credit conditions not only for domestic US assets but also for assets in foreign countries. It, therefore, attenuates the effects of financial fragility in the domestic banking sector, and, as a result, euro area governments can find access to funds in order to finance their deficit policies. Taken together, the mechanism of the “reaching for yield” incentive helps break the vicious circle between banks and sovereigns and mitigates the diabolic loop effect.