ISEFI2019 aims to provide academics, policymakers, and practitioners with a valuable forum for discussion and critical analysis of the major issues and challenges that interrelate energy, environment, macroeconomics and financial markets.

The conference organizers would like to invite the submission of both theoretical and empirical papers (in PDF files) relating to all aspects of energy markets and their interactions with financial markets. We welcome submissions in the following, but not limited to, topics:

The deadline for submission of full papers is the 3rd of March 2019. 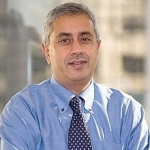 Prakash Loungani is an Assistant Director in the IMF’s Independent Evaluation Office. He is also an Adjunct Professor at Vanderbilt University’s Owen School of Management, a Senior Fellow at OCP Policy Center (a global think tank based in Rabat, Morocco) and a member of the advisory board of JustJobs Network based in New Delhi. During 2010-15 he was co-chair of the IMF’s group on Jobs & Growth. Since 2012, he has been on various World Economic Forum councils on employment issues and real estate markets. He has 25 years of job experience at the IMF, the Federal Reserve System and the University of Florida. His research interests include: causes of unemployment; global housing markets; impacts of energy prices and climate change; and assessment of forecasting performance.

Professor Bassam Fattouh, Director of the Oxford Institute for Energy Studies & School of Oriental and African Studies, University of London 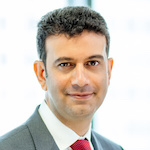 Dr. Bassam Fattouh is the Director of the Oxford Institute for Energy Studies and Professor at the School of Oriental and African Studies, University of London. He specialises in international oil pricing systems, OPEC pricing power, security of Middle Eastern oil supplies, and the dynamics of oil prices and oil price differentials. He has published a variety of articles on oil and gas topics and his publications have appeared in academic and professional journals. Dr. Fattouh served as a member of an independent expert group established to provide recommendations to the 12th International Energy Forum (IEF) Ministerial Meeting for strengthening the architecture of the producer-consumer dialogue through the IEF. He also acts as an adviser to governments and industry, and is a regular speaker at international conferences.

Bassam Fattouh focuses his research on aspects of the international oil pricing system such as the relationship between the futures market and spot market, the relationship between OPEC and the market, the causes of oil price volatility and the dynamics of oil price differentials. He also focuses his research on the IOC-NOC relationship and its implications for investment behaviour. He has a strong background in the economic environment of the Middle East. 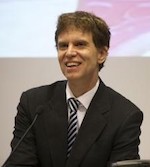 Tom Kompas is a Professor of Environmental Economics and Biosecurity in the School of Biosciences and the School of Ecosystem and Forest Sciences at the University of Melbourne. He is also the Foundation Director of the Australian Centre for Biosecurity and Environmental Economics (ACBEE) at the Australian National University (ANU), one of three Chief Investigator’s in the Centre of Excellence for Biosecurity Risk Analysis (CEBRA) and Group Director of the Centre for Environmental and Economic Research (CEER) at the University of Melbourne. He has dedicated much of his recent time and work to public policy in Australia. Until recently, he was a part-time Senior Economist at the Australian Bureau of Agricultural and Resource Economics (ABARE), a Commonwealth Environment Research Facilities (CERF) project leader on biosecurity and Editor-in-Chief of the Australian Journal of Agricultural and Resource Economics.

Tom’s research specialises in large-dimensional economic modelling, cost-benefit analysis and natural resource and environmental economics. His bioeconomic modelling and biosecurity research has been published in the world’s leading international journals (including Science, Proceedings of the National Academy of Sciences, Journal of Environmental Economics and Management, Land Economics, Nature Climate Change, Political Analysis, Fish and Fisheries, Journal of Agricultural Economics, Earth’s Future, Environmental Modelling and Software, World Development, Economic Modelling, Conservation Letters, Water Resources Research, and Conservation Biology), and his current work focuses on natural resource management and major biosecurity and climate change issues in Australia and internationally. In 2009, Tom received the ‘CSIRO Medal for Research Achievement’, in 2004, the ‘Crawford Award for Research Excellence’ from ABARE, and in 2011 the ‘Eureka Prize for Water Research and Innovation’. In 2015, Tom became a Fellow of the Academy of Social Sciences in Australia and was the Director of the Crawford School of Public Policy at the ANU from 2009 to 2015.